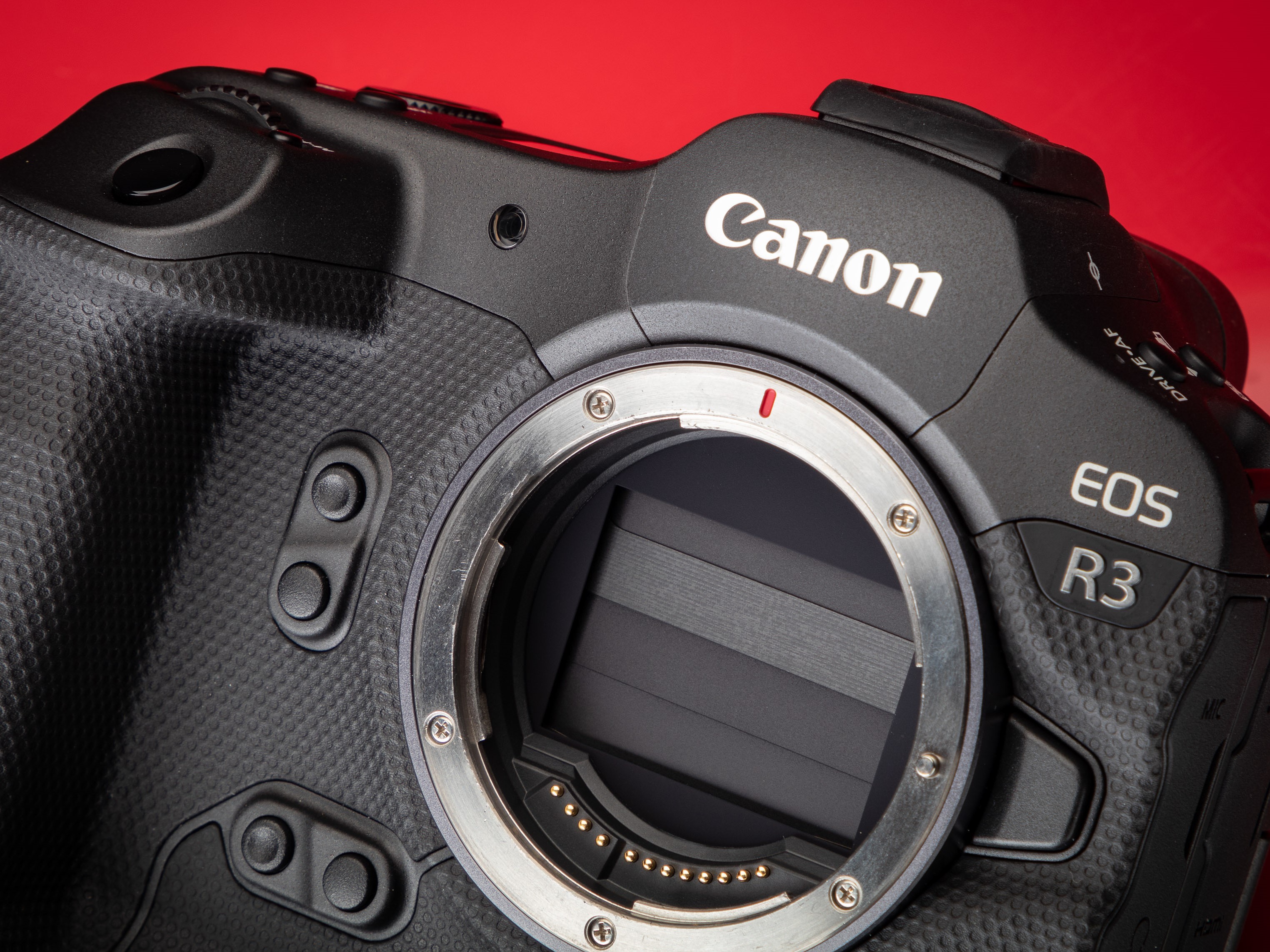 Canon has officially announced its EOS R3. While the company confirmed plans for the highest-end mirrorless camera earlier this year, it has finally released full camera specs, and we’re impressed!

While the 24-megapixel stacked BSI sensor is lower resolution than the EOS R5’s, the R3 is all about high-speed performance, fast and precise focusing, and low light capability. This is Canon’s top mirrorless body and is positioned between the high-res EOS R5 mirrorless body and the professional-grade flagship EOS-1D X Mark III DSLR. The R3 combines the speed, reliability, and robustness of the 1D X Mark III along with the advanced technology and mirrorless design of the R5.

Canon says it can shoot at up to 30fps with the electronic shutter and 12fps with the mechanical shutter, and the maximum native ISO is 102,400.

Ever used a camera that feels like it’s reading your mind? The R3 includes next-generation Eye Control autofocus technology that focuses wherever you are looking. This unparalleled control over AF allows the camera to react as quickly as you do – allowing you to respond fast to ever-changing scenes. According to Canon, photographers can select an initial AF point with eye tracking just by looking at an area of the 5.76-million-dot electronic viewfinder. The R3 has 1,053 AF points in total, and also makes use of this deep learning technology to recognise people, animals and vehicles accurately and confidently – wherever they move in the frame.

While the R3 produces sensational stills, it is a professional hybrid, able to capture cinematic, broadcast-quality video as well. With features that empower filmmakers to new levels of creativity, the R3 can shoot 6K at 60fps and uncropped 10-bit 4K at 120fps in the Canon Log 3 profile, which also provides greater dynamic range and colour-grading possibilities. Crucially, the same object recognition available to stills photographers is also available to videographers, so you can track moving objects around the frame, keeping them in sharp focus even when working. A handy feature for video shooters is the vari-angle touchscreen, which has a super-crisp 4.1 million-dot resolution.

Another new feature is the new Multi-Function Shoe in the middle of the camera, which will allow for high-speed data transfer between the camera and any compatible accessories that you mount on top of it. The new Directional Stereo Microphone (DM-E1D) and Speedlite Transmitter (ST-E10) are both fully compatible with the new shoe – which means they can draw power from the camera.